Bit of mixed emotions this morning. On one hand, sorry to leave the community of Clogher Head behind, on the other, the need to make some progress.

Before we talk about the paddling, a word about Clogherhead is in order. I don’t have the eloquence with the English language to suitably express our experience over the last few days, and the gratitude that the Clogherhead community are due. Three muppets from across the water landed on their doorstep, and they took us in and treated us as their own whilst we hid from Storm Hannah. Special mention has to go to Sean and Wendy Flanagan for their outstanding kindness, plus the rest of the local RNLI family. Scots have a saying about such people, describing them as ‘the salt of the earth’.

An early rise on Sunday to catch the tide, and we were on the water around the back of seven. Water was flat, and it was a leisurely paddle down to the Skerries. We pulled up just as the local lifeboat was launching for training, and were duly invited in for tea. During the conversation, another paddler ( Kevin O’Sullivan ) circumnavigating Ireland appeared. However his approach is slightly different in that he is doing it in stages, working it around work commitments. Kevin has a GoFundMe page calledHopeAfloat1000.

From Skerries we bimbled down to Rush, where we are camped for tonight. The plan is to push past Dublin tomorrow. However, the best laid plans ….

My last photos were of Ritchie, today it was Dave’s turn … 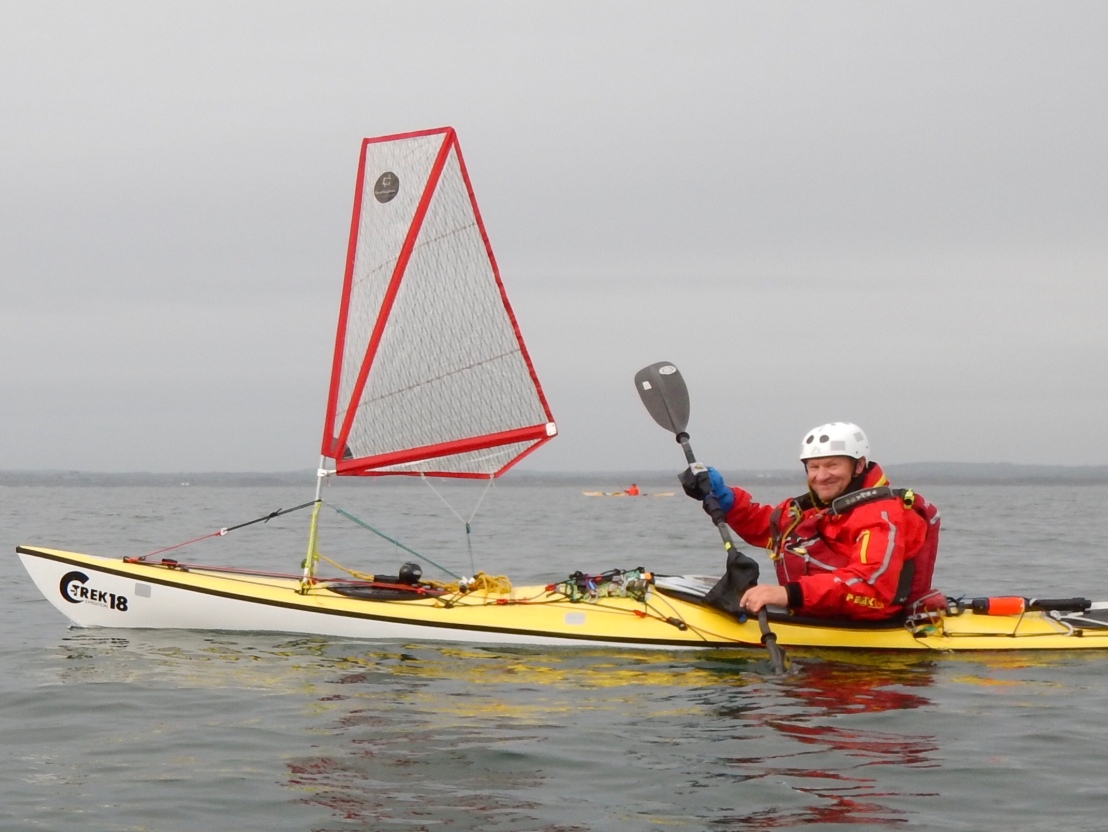